Editor’s note: It’s been said that prayer is the world’s greatest wireless connection. A freely accessible conversation with God? What an act of mercy on His part. Humanity has been utilizing this gift for ages, so there must be a common thread here… something that keeps us coming back to our Creator. Do you ever think about all the prayers that were lifted up to His throne decades before you were born? Every broken life that was lived before you? All the struggles, strife, and agony that required the redeeming touch of both a Father and a King? Well, we’ve featured three powerful prayers from influential figures who believed in the power of calling on our well-equipped Father to handle any mess we make for ourselves today, tomorrow, and until the very end of the age. Find the full 50-prayer collection in Dangerous Prayers by Susan Hill.

Loving Lord and heavenly Father, I offer up today all that I am, all that I have, all that I do, and all that I suffer, to be Yours today and Yours forever. Give me grace, Lord, to do all that I know of Your holy will. Purify my heart, sanctify my thinking, correct my desires. Teach me, in all of today’s work and trouble and joy, to respond with honest praise, simple trust, and instant obedience, that my life may be in truth a living sacrifice, by the power of Your Holy Spirit and in the name of Your Son Jesus Christ, my Master and my all. Amen. 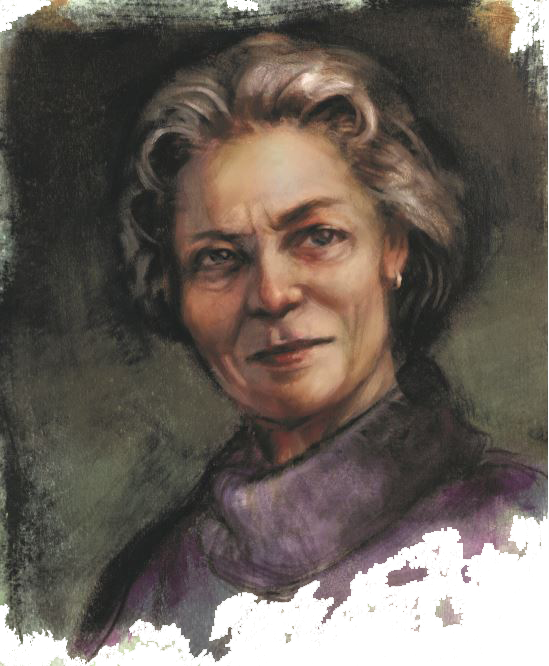 Elisabeth Elliot is known as a missionary, an author, a speaker, and one of the most influential Christian women of the twentieth century. She was born Elisabeth Howard in Belgium, the daughter of missionaries. Her family moved to the United States when she was an infant.

After high school, Elisabeth studied classical Greek at Wheaton College. While there, she met Jim Elliot. Following graduation, and for five years before their engagement, the couple served in separate areas of Ecuador. In 1953, Jim and Elisabeth married in Quito, Ecuador, and continued their ministry.

Jim’s goal was to enter the territory of an unreached people group, and he focused his attention on the Aucas, a violent tribe that no one had survived meeting. He and four other missionaries entered Auca territory and made friendly contact but were speared to death. Elisabeth was left a widow and the sole provider for their ten- month- old daughter.

In spite of the tragedy, Elliot remained in Ecuador and continued to minister to the Quichua tribe. Around the same time, she met two women from the Auca tribe who lived with her and taught her the Auca language. Afterward, she went as a missionary to evangelize the very tribe that had murdered her husband.

Elliot began her writing career in Ecuador and eventually wrote twenty- four books. In 1963, she returned to the United States and began a career as a speaker and radio host. For thirteen years, Elliot hosted a radio show for women called Gateway to Joy. In 1969, she married Addison Leitch, a professor of theology at Gordon Conwell Seminary in Massachusetts. They were married until his death in 1973. She married Lars Gren in 1977, and he cared for her during her decade- long battle with dementia and until her death in 2015.

O God,…we thank Thee for Thy Church, founded upon Thy Word, that challenges us to do more than sing and pray, but go out and work as though the very answer to our prayers depended on us and not upon Thee… Help us to realize that man was created to shine like the stars and live on through all eternity. Keep us, we pray, in perfect peace, help us to walk together, pray together, sing together, and live together until that day when all God’s children, Black, White, Red, and Yellow, will rejoice in one common band of humanity in the kingdom of our Lord and of our God, we pray. Amen. 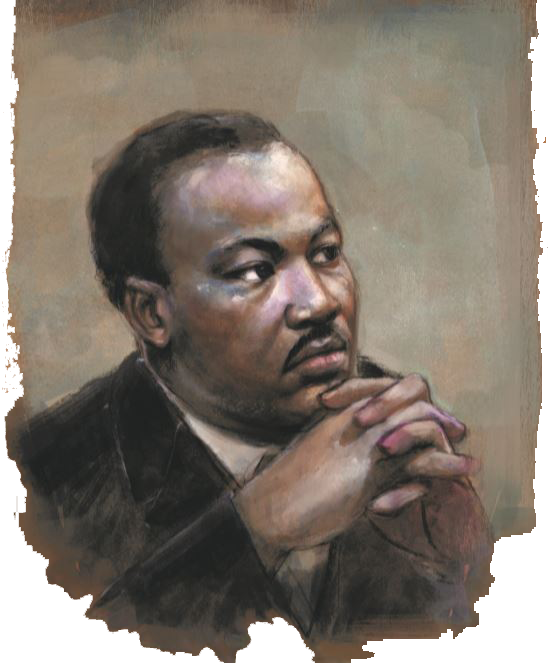 Martin Luther King Jr. is widely regarded as American’s leading advocate for nonviolence and one of the greatest leaders in world history. Dr. King led the American civil rights movement from December 1955 until his untimely death on April 4, 1968. During those thirteen years, more advances were made toward racial equality in America than in the previous 350 years combined.

Born on January 15, 1929, at the family home in Atlanta to the Reverend Martin Luther King Sr. and Alberta Williams King, the young boy grew up to follow his father into the ministry. In 1951, he moved to Boston to attend school. While there, he began dating Coretta Scott, a student at the New England Conservatory of Music. They married in 1953. In 1955, he graduated with a doctorate in systematic theology from Boston University School of Theology.

During the late 1950s, Dr. King launched a campaign to achieve legal equality for African Americans in the United States. His strategy involved utilizing acts of nonviolent resistance, the power of communication, and grassroots efforts, which together achieved seemingly impossible goals. Dr. King also served as the spokesperson for the Montgomery Bus Boycott, which ultimately led to the end of racial segregation on public transportation. In 1963, he led the March on Washington, which drew 250,000 people to the national mall and influenced Congress to pass the Civil Rights Act, making it illegal to discriminate against minorities.

Dr. King’s “I Have a Dream Speech” and his “Letters from a Birmingham Jail” are among the most revered messages in American history. He is the only non- president to have a national holiday to memorialize him, and at age thirty- five he became the youngest ever recipient of the Nobel Peace Prize. 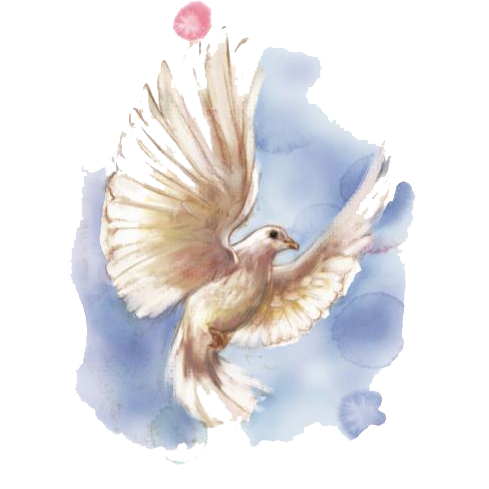 I now make it my earnest prayer, that God would have you, and the state over which you preside, in His holy protection, that He would incline the hearts of the citizens to cultivate a spirit of subordination and obedience to government, to entertain a brotherly affection and love for one another, for their fellow citizens of the United States at large, and particularly for their brethren who have served in the field, and finally, that He would most graciously be pleased to dispose us all, to do justice, to love mercy, and to demean ourselves with that charity, humility, and pacific temper of mind, which were the characteristics of the Divine Author of our blessed religion, and without an humble imitation of whose example in these things, we can never hope to be a happy nation. 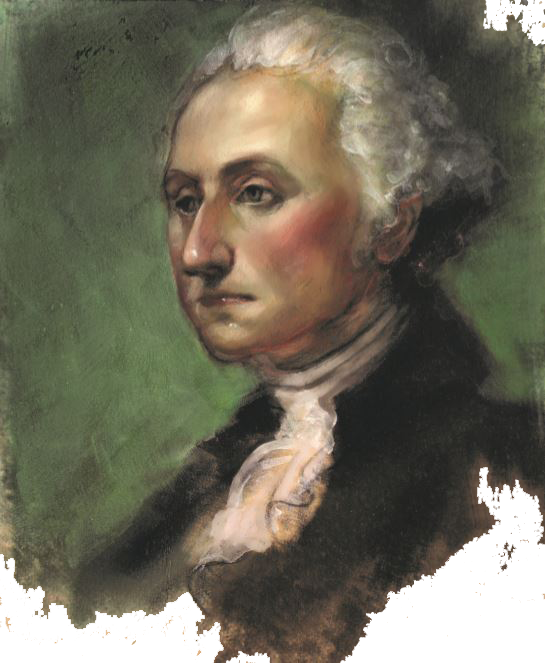 The first president of the United States was born at his family’s plantation in the British colony of Virginia on February 22, 1732. Little is known about Washington’s early education, but as a teenager, he showed an aptitude for mathematics, and he became a successful surveyor, which allowed him to earn enough money to begin to acquire land.

In December 1752, Washington was appointed as a commander of the Virginia militia, despite having no military experience. He was ultimately charged with leading all of Virginia’s militia forces during the French and Indian War. After resigning from his commission, Washington was elected to the Virginia House of Burgesses, where he served until 1774.

By 1775, the American Revolutionary War had begun. Washington was chosen as commander in chief of the Continental Army. When the conflict ended, he was named a national hero.

On January 7, 1789, the first United States presidential election was held, and Washington easily won. When he took office, the United States was a small country with only eleven states and a population of four million people, and there was no precedent for him to follow with regard to either domestic or foreign relations. Knowing that he would set the example for future presidents, Washington worked tirelessly to model integrity. He maintained cordial relations with other countries but preferred to remain neutral with regard to foreign conflicts.

In 1796, after two terms as president, Washington retired. In his final address, he pleaded that the new nation maintain the highest standards domestically and be minimally involved with foreign powers. The United States Senate still reads this address each February as they observe Washington’s birthday.

If your prayer life could use a boost or you just don’t know what to bring to God anymore, these prayers could be helpful for direction. But know there is no wrong way to pray. Which of these prayers most resonates with you? Come share your thoughts on our blog!

5 Steps to Start and Stick With Better Habits

So Long Normal: What’s So Bad about Normal?

On the Edge of Eternity

Turn Off the Tech – FaithGateway